The "Old Bricks," constructed in 1840, are said to be some of the oldest "apartment" buildings in the country.  These two apartment-style buildings were built to house factory employees; most likely, the mill managers and their families.  Known simply as "The Bricks," one building contained four units, and the other had six.  Each two-story apartment had a kitchen and living room on the first floor, and a bedroom on the second overlooking the creek. For many years these buildings, once the humble dwellings of factory workers, were home to the Founders Club, an exclusive special event facility.  Atlanta-based developers purchased the rare antebellum townhouses in 2004 and transformed them into luxury residential row homes.

From the Bricks back to Roswell Historic Sites 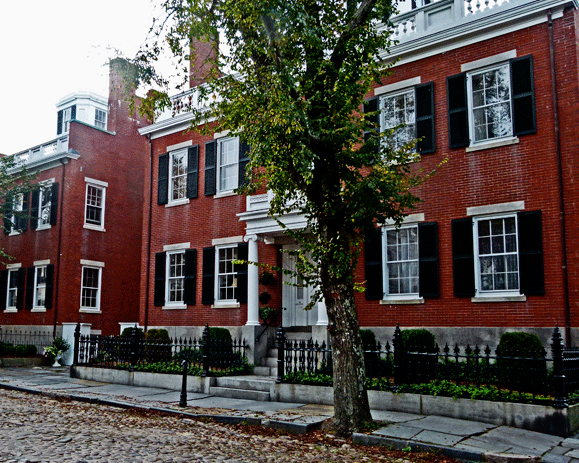