The raging fire that destroyed the New Manchester mill marked the end of the entire village. With the mill left in ruins, the homes deserted, and her people scattered, New Manchester ceased to exist. All that remains is the Old Factory Town Cemetery, where graves are marked with rocks in place of headstones, and the silent, haunting vine-covered ruins of the towering mill, a monument to a town and people that fell victim to the “hard hand of war.”

The state of Georgia acquired the land in 1972 as part of the Sweetwater Creek State Conservation Park.  Committed to preserving the Sweetwater mill ruins and sharing the history of New Manchester, Sweetwater Creek State Park opened a visitor and interpretive center in October 2006. Current displays focus on the New Manchester Manufacturing Company and the tragic story of the mill workers. Future exhibits will cover everything from Native American history to local Civil War history. 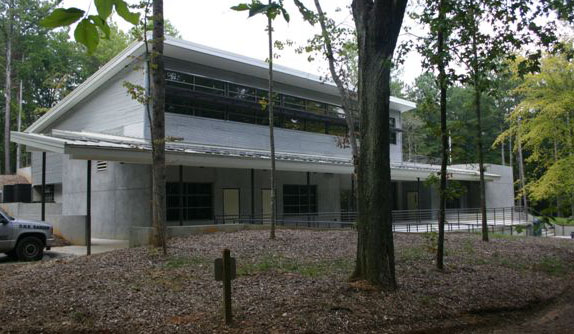 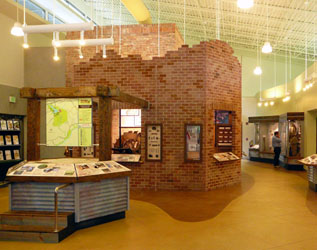 If you are ever in the Atlanta area, make a point to stop by the new visitors center and check out their wonderful collection of photographs and artifacts. And be sure to take a walk down to the mill site. It is a bit of a hike, but the mill ruins are amazing and well worth the effort.

The Sweetwater Creek Visitor Center received the Leadership in Environmental Design Platinum Certification from the U.S. Green Building Council - only the 20th building in the world (at the time of this writing), and the first in the southeastern United States to be awarded the Council's highest distinction.

For more information on the visitor and interpretive center: