The Trail of Tears

Roswell's history dates back to the Trail of Tears. The town of Roswell, like much of North Georgia, was once been part of the Cherokee nation. With the discovery of gold on Cherokee land in 1829, Georgia quickly extended her control over the territory, and the greater portion of the land was raffled off in land lotteries from which the Indians themselves were barred. In 1838 all of the Cherokee who remained were forced out of the state. The Indians traveled west on a path that was to become known as the "trail of tears." The quest for gold was the final driving force behind the Cherokee removal.

In 1829 Roswell King, a successful businessman, landowner and slaveholder from Darien, Georgia, rode out to the beautiful hill country of North Georgia to investigate the gold mining prospects. On his journey, King came upon Vickery Creek and envisioned a mill powered by the rushing water as it flowed toward the Chattahoochee River.  This was the perfect site for his “experiment,” a community that would combine industry and agriculture while providing relief from the sickly climate of the coast.

King returned a short time later and founded the village that would bear his name. He acquired vast acreage made available by the government land lottery and offered home sites and investment opportunity to his old friends along the Georgia coast who would help establish the new settlement.

The Roswell “colony,” as it was often called, was laid out in the manner of a New England town with wide streets leading from the town square; the residential area to the west and the business area to the east. The six founding families built magnificent homes for themselves, cottages and apartments for the mill workers, a general store near the mill, a church, and an academy to attend to the educational needs of the children.

Roswell King supervised the construction of the Roswell Cotton Mill, which was completed in 1839. Barrington King assumed the company presidency upon his father’s death, and under his direction, the company expanded the original mill and built a second cotton mill in 1850. The Ivy Woolen Mill, built by two of Barrington King’s sons in the early 1850s, produced a particularly well made cloth called “Roswell Grey." 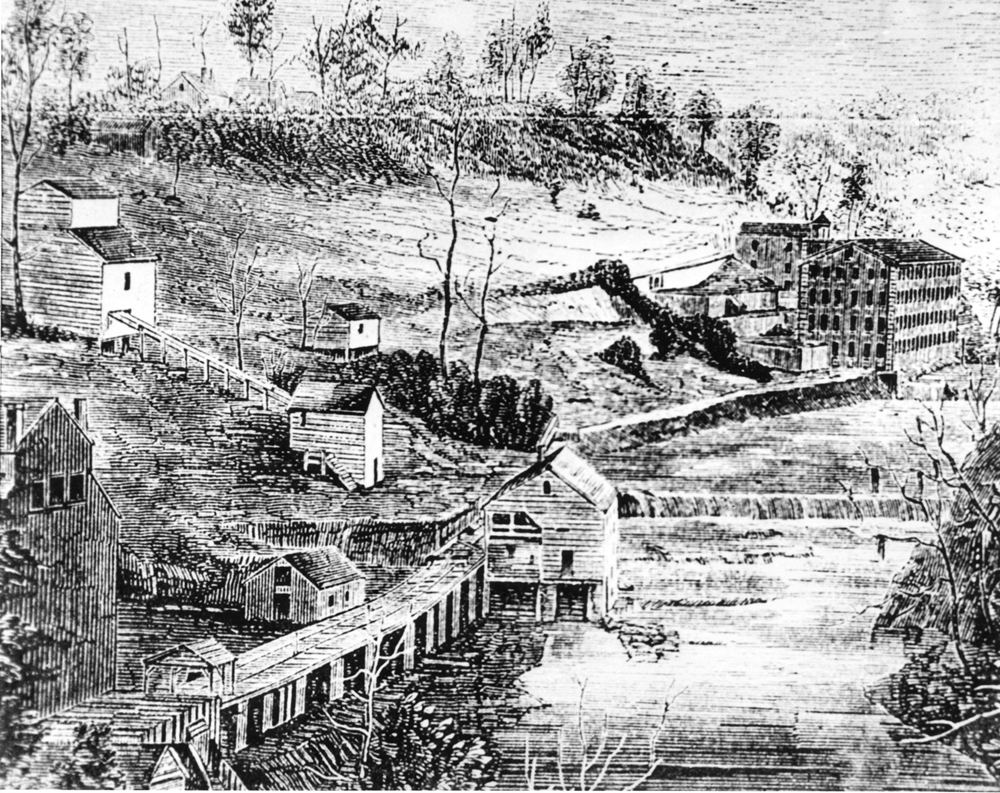 That is exactly what the Southern factory almost invariably was, a plantation, essentially indistinguishable in organization from the familiar plantation of the cotton fields."
W. J. Cash, The Mind of the South

The mill employees, primarily young women and children, lived in company houses on "Factory Hill," their board deducted from their meager wages. What little was left was paid in company scrip redeemable only at the company store. While the company yielded a considerable profit, the mill employees worked long days for very little pay. Since they did not possess the skills or the education to find other employment, there was little hope of improving their circumstances.  Resting a the bottom of the Roswell social ladder, some of the founding families referred to them as “that class of people.” By no means a life of luxury, the mills did provide the workers with honest employment and the means to support themselves and their families.

In many ways the mill workers were victims long before the Federal troops set foot on the red clay soil of Georgia.