The 1854 cotton mill was rebuilt and back in operation by early 1867. A new factory was built in 1882, just up the hill, but the old mill continued to operate until it was struck by lightning in 1926. The ensuing fire destroyed the mill, the picker house, and warehouse. The old mill was never rebuilt, but the 1882 mill was expanded. The Roswell Manufacturing Company finally shut its doors in 1975.

The Ivy Woolen Mill was also rebuilt after the war, but the ownership changed hands several times in the mid-1870s. It was sold to the Laurel Mills Manufacturing Company in 1881 and remained in operation until 1917. According to local legend, the woolen mill once again manufactured "Roswell Grey" cloth for uniforms during World War I.

Unlike the mill on Sweetwater Creek, little remains of the mills at Roswell, the old dam on Vickery Creek, a long raceway, remnants of stone walls, broken bricks, and fragments of foundations. Along the creek, near the site of the old mill, the old machine shop stands, the only building still standing with a link to the distant past. A path from the shop leads down to the stream; a remote and almost forgotten place, where the only sound is the roar of the rushing water as it flows over the dam and into the creek below, winding its way to the Chattahoochee.

From Roswell Mill Ruins back to Roswell Historic Sites 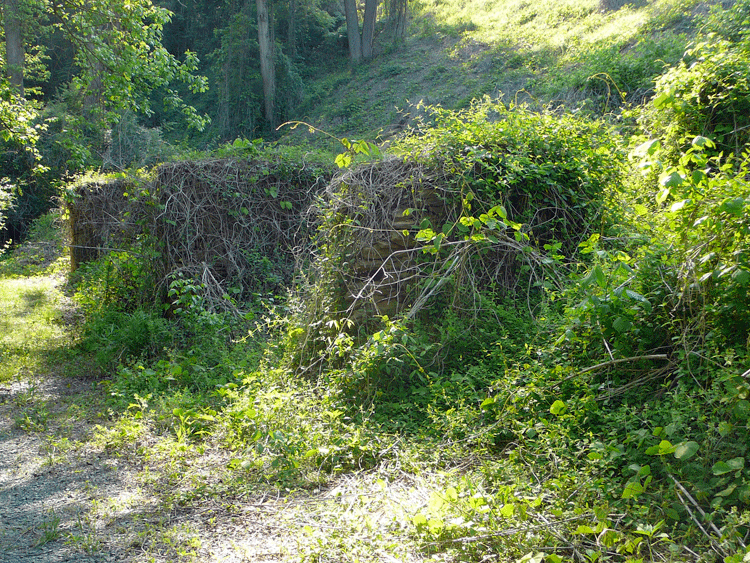